NATURBES LIPOSLIMMER will help you to have a soft and tense skin to reduce cellulite and to squeeze the skin with 9 active ingredients that world scientists have joined together.

This is one of the only products in Liposlimmer that will squeeze out the skin that can reduce the appearance of cellulite thanks to these 9 active ingredients. 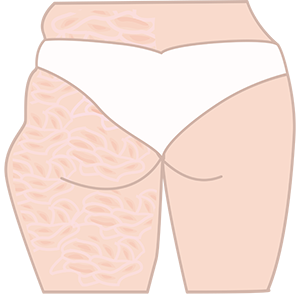 THE 9 MOST EFFECTIVE AGENTS OF LIPOSLIMMER

First of all, cellulite is not a disease but a cosmetic problem. The name in the medicine is Hydro-lipo-dystrophy. Under the skin, especially the lymph and blood circulation is disturbed by the accumulation of fat cells in small islets (fibrotic ligaments trap fat cells) and connective tissue is distorted to look like orange peel. Cellulites has been occurred in 90% of females older than 20 years. There are many reasons for cellulite. They can be caused by genetics, weight gain, obesity, inactivity, wrong nutrition, hormonal and hormone drugs. Cellulite can be in women who have in normal weight . Cellulite is not a dangerous situation for human health. It only has a bad appearance in terms of aesthetics.

WHAT ARE THE CAUSES?

Phase 1: Initially, cellulite has a soft tissue texture, which is called soft cellulite. It does not appear when standing and lying on the floor. It appears When the skin is been pinched. This grade;the treatment is easy.

Phase 2: Over time, cellulite develops to create stiffness in places. In this case, when we move around on the skin, nodules (small nodules) are felt as hardness. These cellulite are also called nodular cellulite. It comes out when you stand up.

Phase 3: With the further progress of cellulite, the nodular stiffness felt under the skin becomes more widespread and harder, which is called fibrous cellulite. It occurs at each position when lying down or standing. The treatment is very difficult.

There is no 100% treatment for cellulitis. Exactly zero cellulite is not possible with any treatment. However, some methods applied in the world for reducing the appearance of cellulite are mainly:

The 9 most effective agents of Liposlimmer:

Skin creams containing vitamin E can be applied directly to the skin. On the other hand; There is lot of vitamin E in salmon fish and green leafy vegetables.

It has EGCG (Epigallocatechin gallate) This is a polyphenol.

Scientific studies shows that the green tea protects the mitochondrium.

WHO CAN NOT USE LIPOSLIMMER

1- Children under the age of 18
2- Pregnant women
3- Mothers and breastfeeding mothers
4- Those with all kinds of skin diseases (I, wound, eczema, dermatitis, burns etc.)
5- Allergic structures
6- Cancer patients